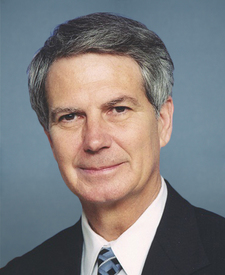 Details on Services for Congressman Walter B. Jones

STATEMENT ON CONGRESSMAN WALTER B. JONES

To amend title 10, United States Code, to provide for forgiveness of certain overpayments of retired pay paid to deceased retired members of the Armed Forces.

Defining presidential wars not declared by Congress under Article I, section 8, clause 11 (Declare War Clause) as impeachable "high crimes and misdemeanors" within the meaning of Article II, section 4 of the Constitution and defining the meanings of war and cobelligerency for purposes of the Declare War Clause and Impeachment provisions.

Calling on and encouraging the White House to issue a public apology.

Urging the release of information regarding the September 11, 2001, terrorist attacks upon the United States.

Amending the Rules of the House of Representatives to observe a moment of silence in the House on the first legislative day of each month for those killed or wounded in the United States engagement in Afghanistan.

Affirming the constitutional power of Congress over the Nation's debts.

To provide that human life shall be deemed to exist from conception.

To amend title 10, United States Code, to provide for forgiveness of certain overpayments of retired pay paid to deceased retired members of the Armed Forces following their death.

To establish the Military Resale Patron Benefits Advisory Commission, and for other purposes.

To prohibit the availability of funds for activities in the Islamic Republic of Afghanistan, and for other purposes.

To amend the Immigration and Nationality Act to extend honorary citizenship to otherwise qualified noncitizens who enlisted in the Philippines and died while serving on active duty with the United States Armed Forces during certain periods of hostilities, and for other purposes.