District of Columbia members of the US House of Representatives:

District of Columbia members of the US House of Representatives: 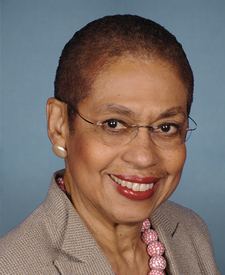 Voted Yes On Agreeing to the Amendment on HR1140

Mucarsel-Powell of Florida Amendment No. 9

Voted Yes On Agreeing to the Amendment on HR1140

Cisneros of California Amendment No. 7

Recognizing that the land that is now known as the United States of America was originally inhabited by Indigenous peoples known as Native Americans, Native Hawaiians, and Alaska Natives.

To amend the Pittman-Robertson Wildlife Restoration Act and the Dingell-Johnson Sport Fish Restoration Act to treat the District of Columbia the same as a State for purposes of such Acts, and for other purposes.

To permit a State to impose a sales tax on qualifying purchases at any gift shop on Federal property, and for other purposes.

To allow certain individuals with prior service under the District of Columbia retirement system to make deposits towards annuities under the Civil Service Retirement System and the Federal Employees Retirement System, and for other purposes.